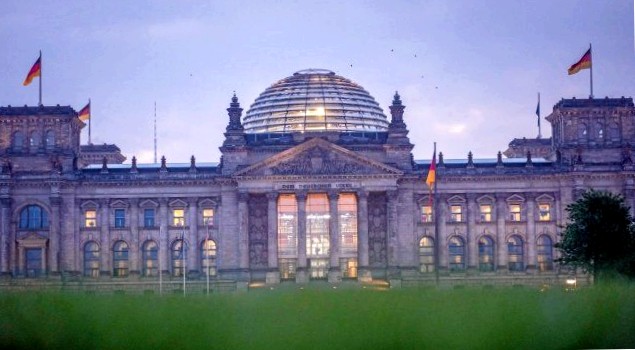 Many politicians – especially from the CDU – have to fear for their direct mandate shortly before the election. They include well-known candidates such as Federal Economics Minister Peter Altmaier, Defense Minister Annegret Kamp-Karrenbauer, Agriculture Minister Julia Klockner and Philipp Amthor, top candidate in Mecklenburg-Vorpommern.

Paul Ziemiak and Hans-Georg Maaben, ex-president of the Federal Office for the Protection of the Constitution, are in a similar position. They all have in their constituencies strong Competition: Altmaier, for instance, must stand up to Foreign Minister Heiko Maas (SPD).

The reason cited for this is the general weakness of the Christian Democrats in the Polls cited. As the "Frankfurter Allgemeine Zeitung" reports, the Union could lose 29 direct mandates with a probability of 85 percent – the majority of them to the SPD.

Many politicians can make it into parliament via state lists

This does not automatically mean the political end. For most prominent CDU politicians are about State lists secured. Means: They could also enter parliament without a mandate.

Also known Social Democrats must tremble for their direct mandate. Karl Lauterbach is among them. The health expert, who made his mark in the Corona crisis, faces a particular dilemma in that his state party has put him on a hopeless 23. The first place on the list has been chosen by the. If he loses the direct mandate, his time in the Bundestag is probably passe.

Scholz and Baerbock are fighting for the same constituency

Lauterbach is not alone in this in his party. Kevin Kuhnert, deputy leader of the Bundestag since 2019, is also fighting for a seat in the Parliament. Kuhnert's problem: In his Berlin constituency of Tempelhof-Schoneberg, a veteran of the Green Party is competing with him for first place: Renate Kunast, former agriculture minister and parliamentary group leader and a member of the Bundestag for almost 20 years.

It will be explosive on Sunday in the constituency 61 (Potsdam-Mittelmark II – Teltow-Flaming II). Annalena Baerbock (Greens) and Olaf Scholz (SPD) are not only two candidates for chancellor, but both are also fighting for a direct mandate. Scholz, who is running in the constituency for the first time, can face the ie calmly, however: In Brandenburg, his comrades elected him to first place on the state list. And even for Kuhnert, the dream of the Bundestag without a mandate would not have burst – in Berlin, he made it to third place on the list.

Further south in Stuttgart, meanwhile, Cem ozdemir is once again attempting to win the direct mandate. In 2017, the former chairman and top candidate of the Green Party lost to CDU politician Stefan Kaufmann. And this year, another personal matter complicates the competition for ozdemir: Bernd Riexinger from Die Linke is running in the constituency another nationally known politician to. In the end, only one can win.