Women and men in blue plastic gowns turn a Covid 19 patient into the prone position. All wear mask and face shield visor. It's a tough job. Tubes hanging from the patient's body are not allowed to tangle.

Intensive care units in Germany are increasingly busy these days. In view of the steep rise in the number of infections, more and more hospital beds are occupied. Intensive care physicians now sounding the alarm. To curb third Corona wave fast action is called for, they urge.

The dragging out debates over the proposed "Federal emergency brake" are dangerous. "We can't afford to keep discussing for weeks," warned the scientific director of the intensive care bed registry of the German Interdisciplinary Association for Intensive Care and Emergency Medicine (Divi), Christian Karagiannidis, In the "Tagesspiegel".

The former president of the association, Uwe Janssens, said on the television station Phoenix: "We have five past twelve, you must act now, a strategy must now be pursued, which applies uniformly throughout Germany."If the measures adopted weeks ago had been implemented nationwide, the current development with a sharp rise in infection figures can still weaken. Karagiannidis stressed that death is what intensivists are used to – "but there has never been anything like this before".

Number of Covid intensive care patients could soon rise to 7000

The Intensive Care Registry records the number of available intensive care beds in German hospitals on a daily basis. Since mid-March, the increased incidence of infection has also made itself felt in intensive care units. The association expects the previous peak of about 6000 Covid-19 intensive care patients to be reached again before the end of April.

If the planned Federal law The current Divi president, Gernot Marx, had already predicted that the number of patients would rise to 7,000 if the decision was not made until the end of April. "We're talking about a lot of serious illnesses and a lot of people who won't survive it," he said.

Covid emergencies in intensive care units: "System is at its limit!

According to an analysis by the Federal Statistical Office last March, the number of intensive care beds in Germany has increased by 36 percent over the past three decades. In 1991, it was still at 20.200, it increased to 27 by 2018.500. However, ICU beds are used not only for covid emergencies, but also for patients after Heart or cancer operations needed.

The number of intensive care beds per 100.000 inhabitants varies between the federal states: In Thuringia and Bremen, it is particularly high at around 740 each, while in Baden-Wurttemberg at 500 and Lower Saxony at 530 it is rather low.

A continuous, hard lockdown is necessary to reduce the number of infections. Portugal and Ireland have shown that this is possible, they say. This included further restrictions on citizens. Scientific studies have shown "that the measures criticized by many Curfews have an effect on the so-called R-value and be able to reduce it by about twelve percent," said Janssens.

It is necessary to make it clear to the population that everyone is called upon to participate in the fight against the pandemic. "I miss this positive appeal in politics. The Cooperation of the population is essential." 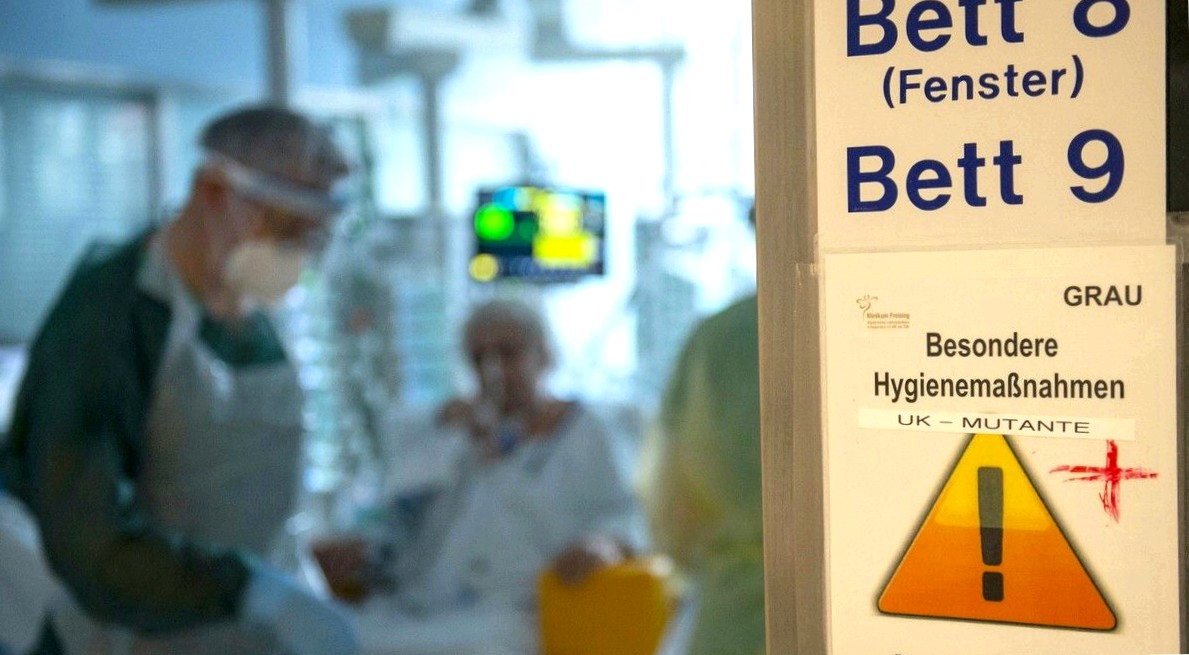 "Federal emergency brake": from an incidence of 100, there is to be a night-time curfew

On Tuesday, the Federal Cabinet approved an amendment to the Infection Protection Act, which provides for uniform national measures for regions with a high number of new infections. The "emergency brake" is supposed to have an effect on the so-called R-value as of an incidence value of 100 new infections per 100.000 residents to take action within seven days. It includes, among other things, a nighttime curfew and the closure of most stores.

The states still see a need for improvement in the draft law. Rhineland-Palatinate's Minister President Malu Dreyer (SPD), among others, had expressed doubts about proportionality. FDP, Left Party and AfD also voiced sharp criticism. The bill is to be debated for the first time in the Bundestag on Friday, and will be passed there as well as in the Bundesrat next week.

Emergency curfew: legal concerns are also said to exist in the Chancellor's Office

Experts in the Chancellor's Office apparently have legal concerns about the federal government's emergency brake. Several Chancellery departments questioned the proportionality of the planned nighttime curfew, according to an "Bild" report. Accordingly, in a memo from early March, a legal expert from the health department stated that the "basic validity of a nighttime curfew" was problematic in terms of "proportionality" and "currently unproven effectiveness" and was ruled illegal in court.

In addition, the note criticizes that the bill provides a "purely incidence-based benchmark" to trigger the federal emergency brake. In addition to incidences, other factors such as the R-factor and the number of ICU patients would need to be included. According to the report, the "automatic closures of daycare centers and schools" are also considered "particularly problematic" because they do not adequately take into account the "right to education". According to the report, the memo was signed off by seven other units in the Chancellor's Office.

Corona patients: Cologne is not far away from "hard triage" anymore

Critical care physicians warn against overly lengthy policy debates. The Cologne internist Michael Hallek, Head of Clinic I for Internal Medicine at the University Hospital of Cologne, fears a collapse of intensive care medicine in the near future. Hallek told the "Kolner Stadt-Anzeiger" that the Cologne University Hospital is not far away from a "hard triage" in which only selected patients can be treated.

"If the numbers rise too quickly, it may no longer be possible to avoid it. It could happen in the next few weeks. The system is AT THE STOP," warns the intensive care physician.