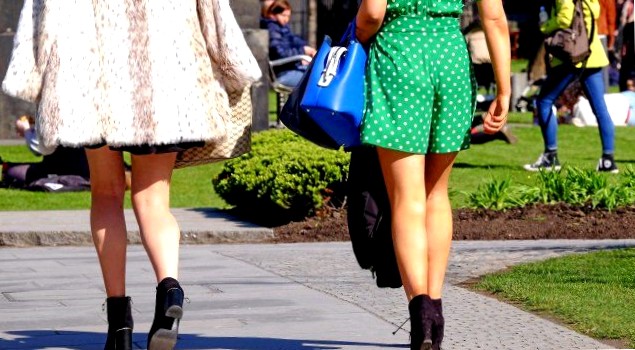 The secret photographing under skirts and dresses – the so-called Upskirting – is to become punishable after the will of Federal Minister of Justice Christine Lambrecht. "Anyone who secretly photographs women and girls under their skirts is massively encroaching on their privacy and their personal rights," the SPD politician told the Redaktionsnetzwerk Deutschland (RND).

Upskirting is punished so far as a misdemeanor. However, this does not offer effective protection and does not make clear to offenders that their "humiliating and degrading behavior" is absolutely unacceptable, according to the Minister of Justice. Lambrecht has therefore set out to amend the penal code. "Currently, we are working on proposals for what such a penal norm could look like, and want to implement that quickly," she said.

In mid-August, the state of Rhineland-Palatinate had announced a corresponding initiative in the Bundesrat (upper house of parliament). Previously, Baden-Wurttemberg, Bavaria and North Rhine-Westphalia had announced that they were preparing a draft law for an initiative of the state chamber on "upskirting". Schleswig-Holstein also wanted to participate in it.

– unless the victim is in an apartment and the recordings violate the most personal sphere of life. Two young women had already started an online petition weeks ago to make upskirting a punishable offense. So far, more than 85.000 signatories joined their initiative.